Rosemary (Rosmarinus officinalis L.) as a therapeutic and prophylactic agent in complementary, alternative, integrative and holistic therapy and medicine

We organized this particular blog based on recent scientific data in the field of complementary and alternative, integrative and holistic treatment and medicine.

Rosemary (Rosmarinus officinalis L.) is a medicinal plant native to the Mediterranean region and cultivated around the world. Besides the therapeutic purpose, it is commonly used as a condiment, spice ingredient in cooking and food preservative. Bioactive molecules that constitute rosemary, the phytocompounds are responsible for implementing several pharmacological activities, such as anti-inflammatory, antioxidant, antimicrobial, antiproliferative, antitumor (anticancer), antidiabetic and protective, inhibitory and attenuating activities.

Rosemary extract consumed as a tea or as a spice ingredient in cooking contains many polyphenols with carnosic acid and rosmarinic acid found in highest concentrations. Recent scientific data showed that precisely these two acids carnosic and rosmarinic have potent therapeutic and preventive effects for many diseases and pathologies.

Type II diabetes mellitus (T2DM) is a disease on the rise and with the enormous economic burden to health care systems around the world, results from defects in insulin action (termed insulin resistance) combined with impaired insulin secretion. Current methods of prevention and treatments for insulin resistance and T2DM lack in number and its efficacy and there is a need for new preventative measures and targeted therapies either conventional or alternative or together as a part of complementary, integrative treatment. Rosemary extract and its polyphenolic constituents have been reported to have a potent antioxidant, anti-inflammatory, anticancer, and anti-hyperglycemic properties.

Forty-nine compounds are isolated from rosemary, and they belong to six families, namely flavonoids, phenolic acids, phenolic terpenes, jasmonate, phenolic glycosides, and lignans. Eucommin A is a new component recently characterized in rosemary. Rosmarinic acid is the main compound followed then by feruloylnepitrin and luteolin-3′-O-(2″-O-acetyl)-β-d-glucuronide. Among isolated compounds, luteolin-7-O-rutinoside is the compound with the lowest concentration in rosemary.

Colorectal cancer is probably the third most commonly diagnosed cancer globally, worldwide. Even though substantial advances have been obtained both in treatment and survival rates, there is still a need for new therapeutical approaches either in conventional or alternative therapy, or their combination is known as complementary, integrative treatment and medicine.

Generally, natural compounds are a potential source of new bioactive compounds with anticancer activity. Among them, rosemary polyphenols have shown a vast antiproliferative capacity against colon cancer cells. Some new medical, scientific data showed that the antitumor activity of rosemary extract is one of them. Extract rosemary exhibited strong inhibition of proliferation, migration and colony formation of colon cancer cells regardless of their phenotype.

Well, metabolic syndrome is defined by a constellation of complex coexisting cardiometabolic risk factors such as hyperglycemia, dyslipidemia, inflammation, abdominal obesity, coagulopathies, and hypertension that raise the risk of diabetes mellitus and cardiovascular disease. The Rosmarinus officinalis L. or rosemary is a rich source of phenolic phytochemicals having significant anti-oxidant, anti-inflammatory, hypoglycemic, hypolipidemic, hypotensive, anti-atherosclerotic, anti-thrombotic, hepatoprotective, and hypocholesterolemic effects.

Dyslipidemia is another big concern and one of the significant risk factors for cardiovascular diseases (CVDs). Current strategies in the treatment of dyslipidemia are not so useful and effective in the management of dyslipidemia. Rosemary is an evergreen shrub containing several polyphenols, and its main components have antioxidant, anti-inflammatory, and lipid-lowering properties. Rosemary showed promising results in the treatment of resistant asthma and COPD (chronic obstructive pulmonary disease).

There is substantially increased interest in the cooking and consumption of food without synthetic additives and preferably if possible even use natural preservatives. Several scientific studies have reported that rosemary extracts show biological bioactivities such as hepatoprotective, antifungal, insecticide, antioxidant and antibacterial. The natural properties in rosemary are mainly due to phenolic compounds, and it can be a useful “remedy” in this matter. Additionally, rosemary as a traditional herb could be used to boost prospective and retrospective memory, reduce anxiety and depression, and improve sleep quality.

No doubt, rosemary is a common household plant and is grown in many parts of the world. The chemical constituents include bitter principle, resin, tannic acid, volatile oils, and flavonoids. The volatile oil consists of borneol, bornyl acetate, camphene, cineol, pinene, and camphor. One again, it is used for problems involved in the central nervous system, cardiovascular system, genitourinary conditions, liver treatments, reproductive system, and respiratory system. The volatile oil of the plant is used in oils and lotions for the treatment of various ailments like arthritis, gout, muscular pain, neuralgia, wound and rubbed into hair for stimulating the hair bulbs to renewed activity, to prevent premature baldness.

HOW TO PROPERLY BREW TEA FROM DRIED OR FRESH ROSEMARY LEAVES

Quickly, you can make rosemary tea from fresh or dried rosemary leaves. We prefer fresh rosemary leaves from our rosemary bush 1 ½ teaspoons of fresh rosemary steeped in a teapot for five to maximum ten minutes. Not necessarily, but a longer steep of up to 10 minutes will probably draw out more of the oils and nutrients. However, it can result in a much stronger, even bitter taste which you can mask with the addition of honey. In a case, you would like to use dried rosemary, one teaspoon per cup of boiling water would be the best option.

HOW TO PROPERLY USE ROSEMARY ESSENTIAL OILS

Rosemary’s essential oil holds the plant’s core components, or essence. Despite its name, it is not a true oil, as it doesn’t contain fat. Inhaling of rosemary Essential oil helps prevent the breakdown of acetylcholine, a brain chemical important for thinking, concentration and memory.

Rosemary Essential oil can be inhaled by using a room diffuse or a aroma therapy locket. It’s very concentrated, so you should only use a few drops at a time, 3 to 5.

Here are a few easy guidelines for inhalation use of rosemary oil.

Use aromatherapy diffusers, which distribute the essential oil into the room.

In general, avoid placing a diffuser close to babies or young children, as it’s hard to know the amount they’re inhaling.

General guidelines for diluting oils for topical use:

Use carrier oil, such as jojoba oil or sunflower oil, to avoid skin irritation. Once diluted, apply the oil to the bottom of your feet or the body part you’re targeting, such as a sore muscle. Next, rub the oil into your skin. This improves blood flood and absorption of the oil.

Avoid applying rosemary and other essential oils to damaged skin or near sensitive areas, such as your eyes.

We strongly suggest prior use rosemary make necessary consultation with your primary care physician, specialist or pharmacist. Some of your prescribed medications can cause some interactions. Thus, a proper discussion with your pharmacist will be extremely beneficial to you (mainly if you are taking antihypertensive drugs, for diabetes or blood thinners). Rosemary essential oil is not for internal ingestion. However, aromatherapy by diffuser can be an excellent way to use rosemary essential oil or if an essential oil is diluted with a carrier oil and then applied to the skin or rubbed into joints and muscles through the skin. 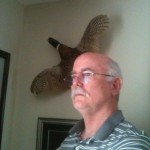